Earlier we published an article on 5 Innovative Facebook Marketing Ideas For Small Businesses, which has been one of the top three popular blog posts of 2013. In this article we talked about what to do to get more fans following your brand on your Facebook page. The next step is to make sure your posts are appearing in as many of these fans’ news feeds as possible. 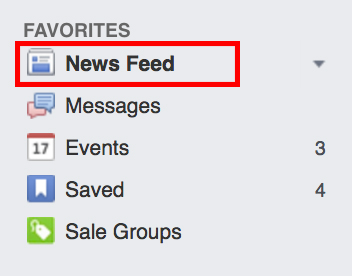 Facebook News Feed On Facebook Side Bar
If you have been under the impression that whatever you post on your wall appears in all your fans’ news feeds, here’s a reality check:

If news feed items were not filtered, an average user would receive about 1500 news stories daily – imagine trying to wade through all that! To avoid being a crammed and unfriendly social networking site, Facebook has devised a sophisticated algorithm that allows only those news stories that are likely to be of interest to a particular Facebook user to show on their timeline.

Just picture this – there are about 18 million pages on Facebook, and the average user has 500 friends. With these stats you can imagine that your chance of getting featured in filtered news feeds is low if you don’t do something to optimize it. Because if you are unable to feature your posts on a Facebook user’s news feed, the time invested in Facebook promotion is futile.

So, here are some quick, actionable tips to get your posts displayed proudly on your fans’ news feeds: 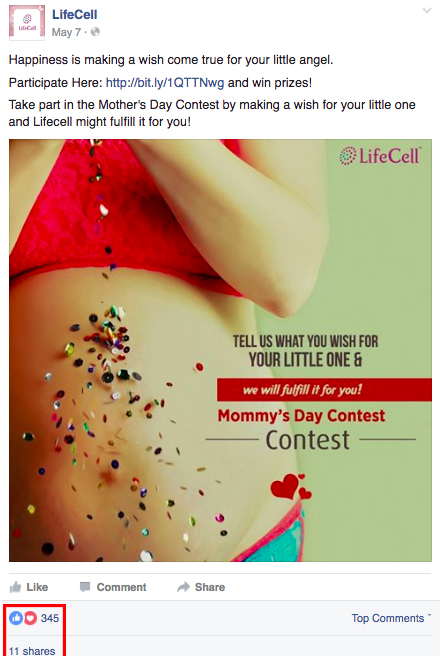 Facebook Post With Many Likes And Shares
It is a no-brainer that if you get more likes and shares on your posts they will feature on more of these timelines, as well as sometimes on the timelines of friends of your fans. This increases your chances of gaining new fans, provided you have something really interesting to share.

Speaking of which, you are not very likely to gain likes and shares on a post that looks like the one shown below: 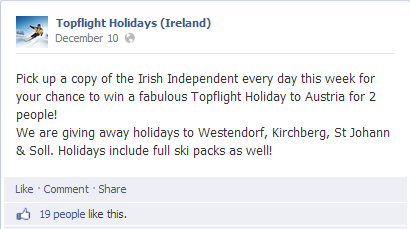 Facebook Posts That Do Not Win Likes And Shares
As you can see here, the post has a great money-saving offer, yet it lacks the oomph needed to bring it into the limelight on users’ news feeds. What’s lacking? In this particular example it is an attractive image of what is on offer and a catchy line that highlights ‘what’s in it for me.’

Take a look at another example below of a post that does a decent job of fetching likes. 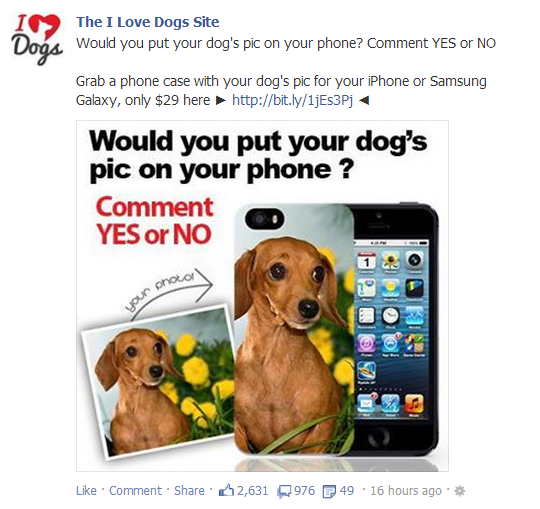 Facebook Post That Won A Lot Of Likes
They are clearly doing something right to win over 2,631 likes, 976 comments and 49 shares. (The shares are probably fewer because it is a post trying to sell something. Normally people won’t share posts selling a product unless they themselves have bought the product and find it valuable.)

So, let’s analyze why this post has so many likes:

The post engages users with a question – ‘Would you put your dog’s pic on your phone?’
The question is repeated within the image to grab instant attention.
The picture is cute, giving it an attention-grabbing factor. This is also true for images of other baby animals, babies, flowers, old couples and so on.
The price of the product is displayed, there is nothing hidden in the post.
The post encourages commenting by simply asking people to reply to the question with a ‘Yes’ or ‘No’. It is the simplest task you can ask from your fans and it hardly takes any time.
Now that you know what makes a great post, try this on your Facebook page. Look over your news feed then refresh the page after a time gap of 20 minutes. It is likely that a story you have already seen appears again toward the top of your news feed. But this time it appears with a heading saying something like Georgina Miller commented on this. This story appears again because Georgina Miller is your friend and Facebook wants to let you know that your friend has commented on a post that you have seen before, commented on, liked, shared, or simply missed because it was far down in your news feed.

This is called bumping posts, and the better your post, the more advantage you will gain from it. Here’s what Facebook has to say about it and its correlation to increased engagement:

Facebook Quote For Bumping Posts
For more information read about story bumping and something called the Last Actor in this MarketingLand.com article, and learn in detail about the new Facebook news feed algorithm here.

Another advantage to increasing likes on a killer post on your Facebook brand page is that your future posts then have higher chances of showing on the timelines of those who liked your previous post. It is best to consistently deliver interesting and share-worthy content on your brand page to keep this cycle going.

Stuck for content? You can always post interesting updates unrelated to your industry to increase general engagement and likes and shares, just like the one shown below, which is from a website that sells cosmetics. 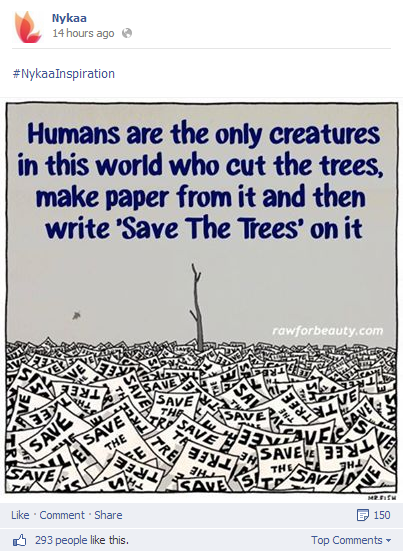 While increasing likes and shares on your posts might require a lot of effort, you can accelerate the process with something called ‘Boost Post’. These posts are indicated as a Suggested Post and Sponsored, as shown in the screenshot below: 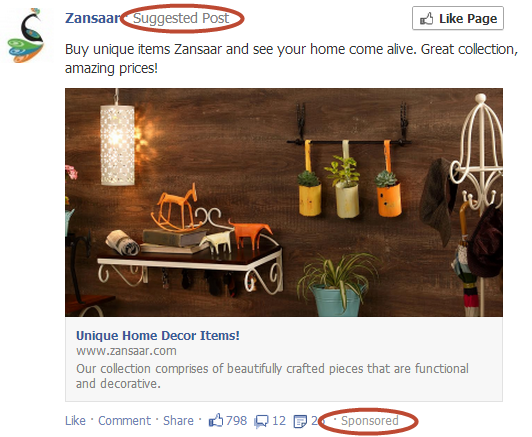 Example Of Facebook Sponsored Post
These posts have higher chances of getting shown on the Facebook news feeds of not only people who have liked your page but also of those who are friends with your fans. You can target these posts to a particular group of people based on age, location, gender and interests. The option to boost a post is given below every post made on a business page (as shown below) or it can be done via the admin panel. 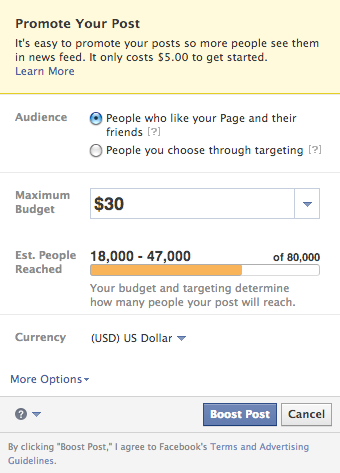 Boost Post Option for Facebook Pages
These are different than Facebook ads in that they are limited by time. You can run an ad for as long as you want but a sponsored post will not stay on a news feed for a long time – it behaves like a regular news feed update, with the exception of enhanced reach.

Facebook has been targeting news feed stories to audiences differently since it released its new and improved algorithm during the latter part of last year. One of the factors for targeting users with a particular news feed is the post type.

For instance, if you tend to click more on video posts on your Facebook timeline, you are likely to be shown more video posts in your upcoming news feed updates. Due to this, I recommended that you try varied post types, as you may have a variation in user behavior among your fans. With some of your fans clicking more on text posts and some of your fans clicking more on images, diversified post types allow you to reach a wider audience than posting monotonously would.

Not so long ago it was considered crucial to share memes and picture quotes in order to optimize your posts for your Facebook fan’s news feed. It has been increasingly observed, however, that posts that contain intriguing, informative articles based on current events or trends have a greater click-through rate on fan’s news feeds. So, according to this Facebook newsroom story, Facebook has decided to boost the appearance of article posts.

You have to understand that with an improved algorithm and more personalized, user-friendly stories on their news feed, users are going to depend more on Facebook for news from the ‘real world.’ If your business occasionally shares attention-grabbing and relevant (to your company values or trending topics) stories, even if they are not directly related to your niche, you will increase your likelihood of appearing on more news feeds. The benefit of sharing news articles is that they often contain controversial topics that foster conversation. This will naturally increase your engagement rates.

Just remember, if you are sharing your own articles, you must have a good image within the thumbnail to grab attention, as shown in the sample below: 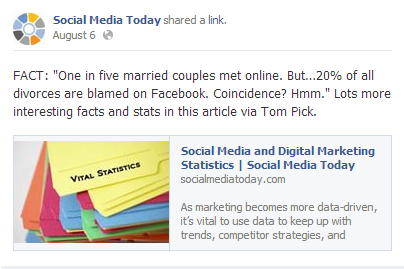 Do you experiment with different content types? Have you had an engagement increase due to any particular factor that I haven’t mentioned in this blog post? Let us know what works for your Facebook brand page in the comments! 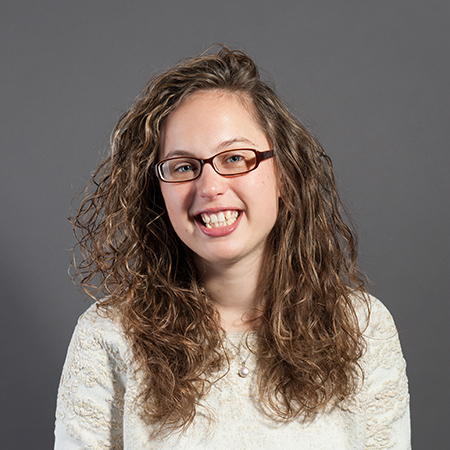 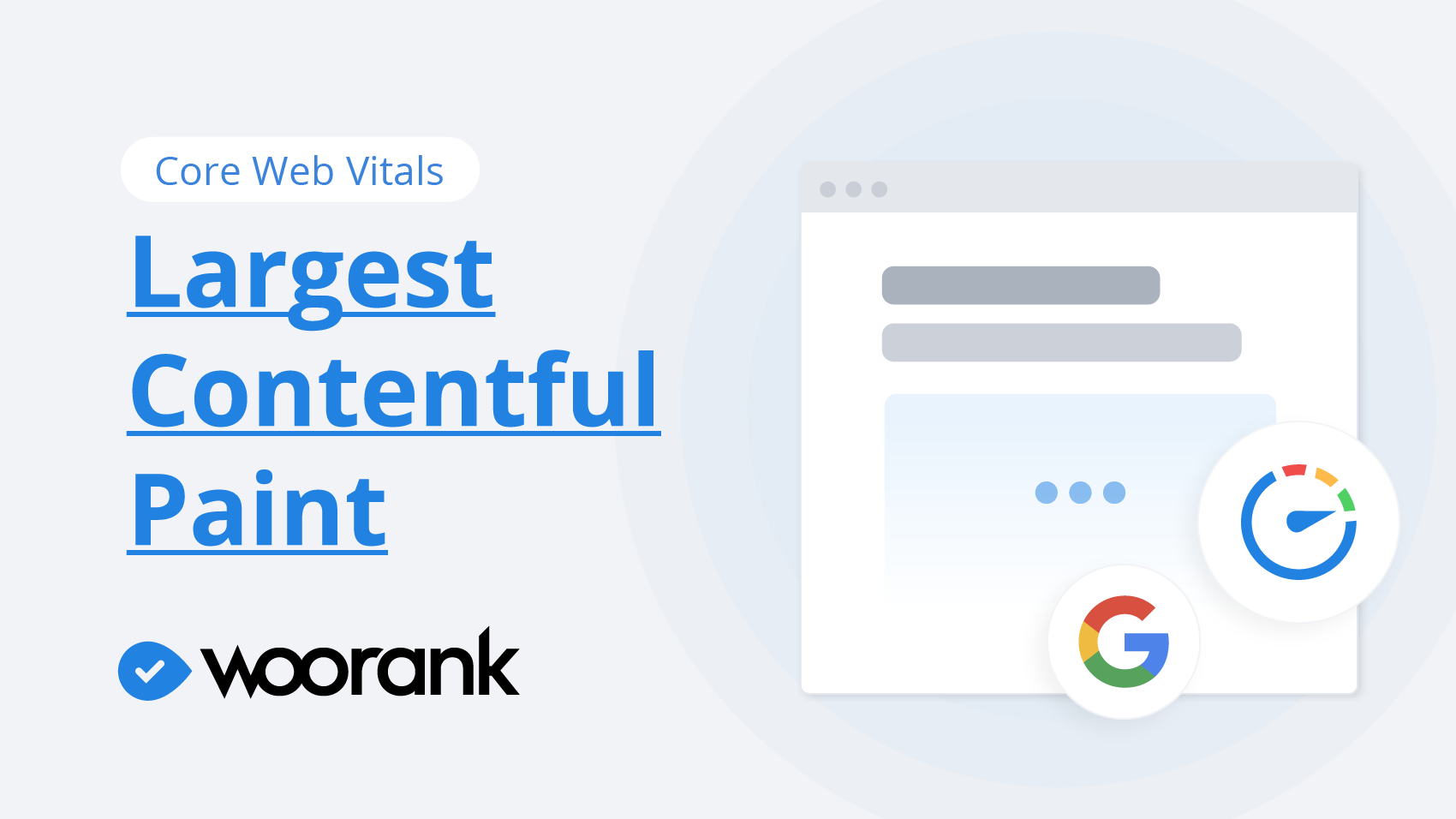 What is Largest Contentful Paint? 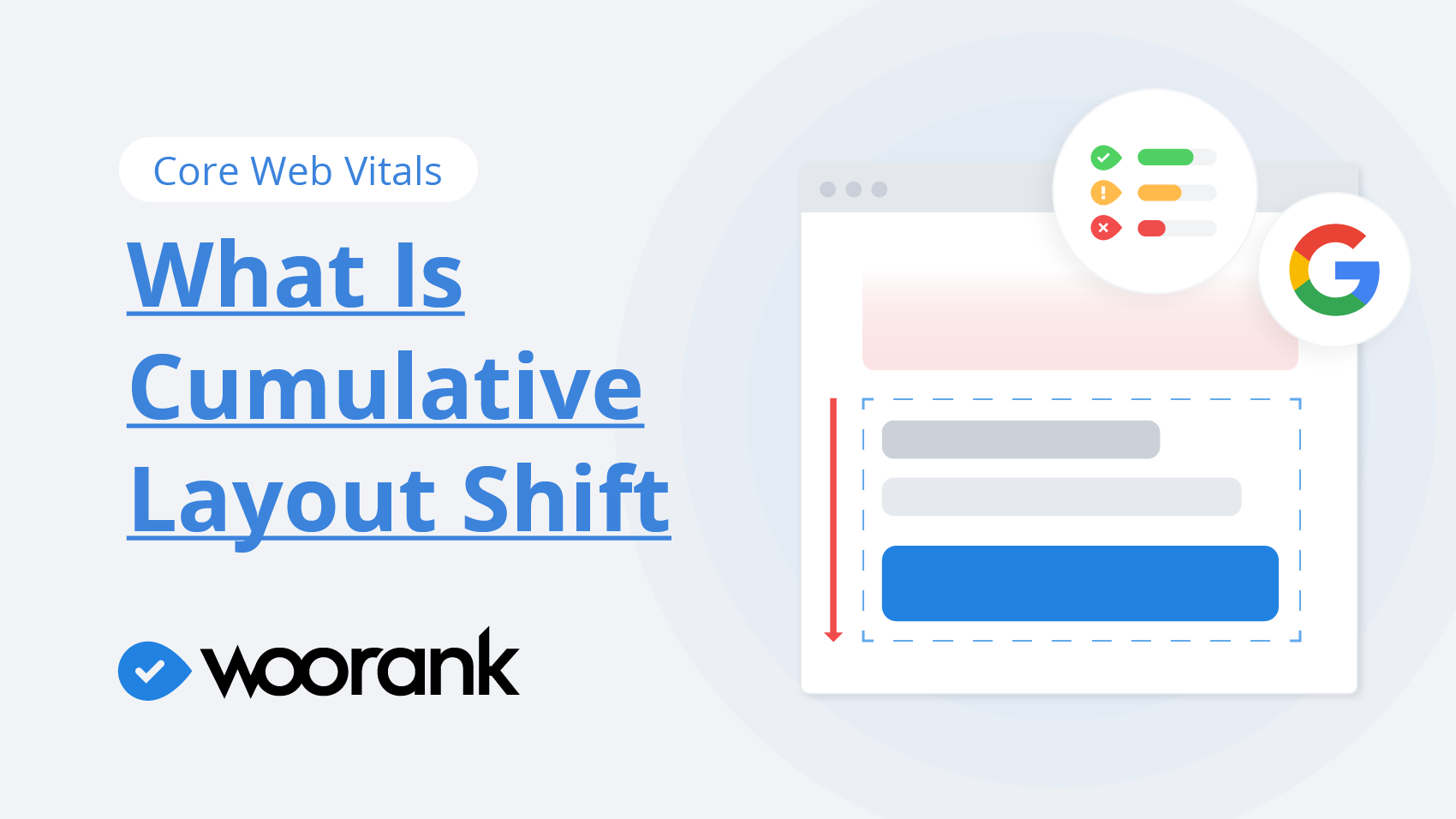 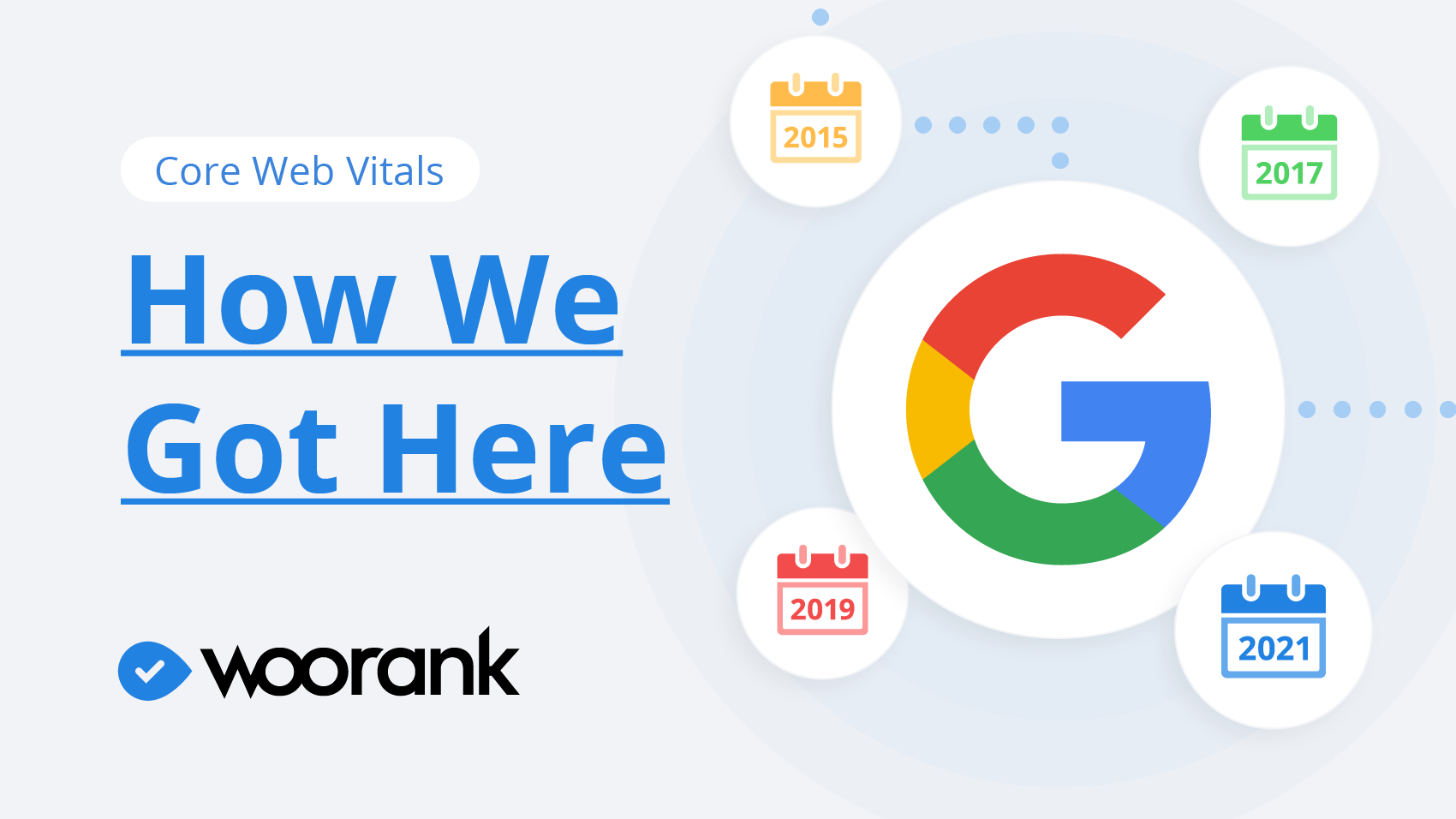 Core Web Vitals: How Did We Get Here?