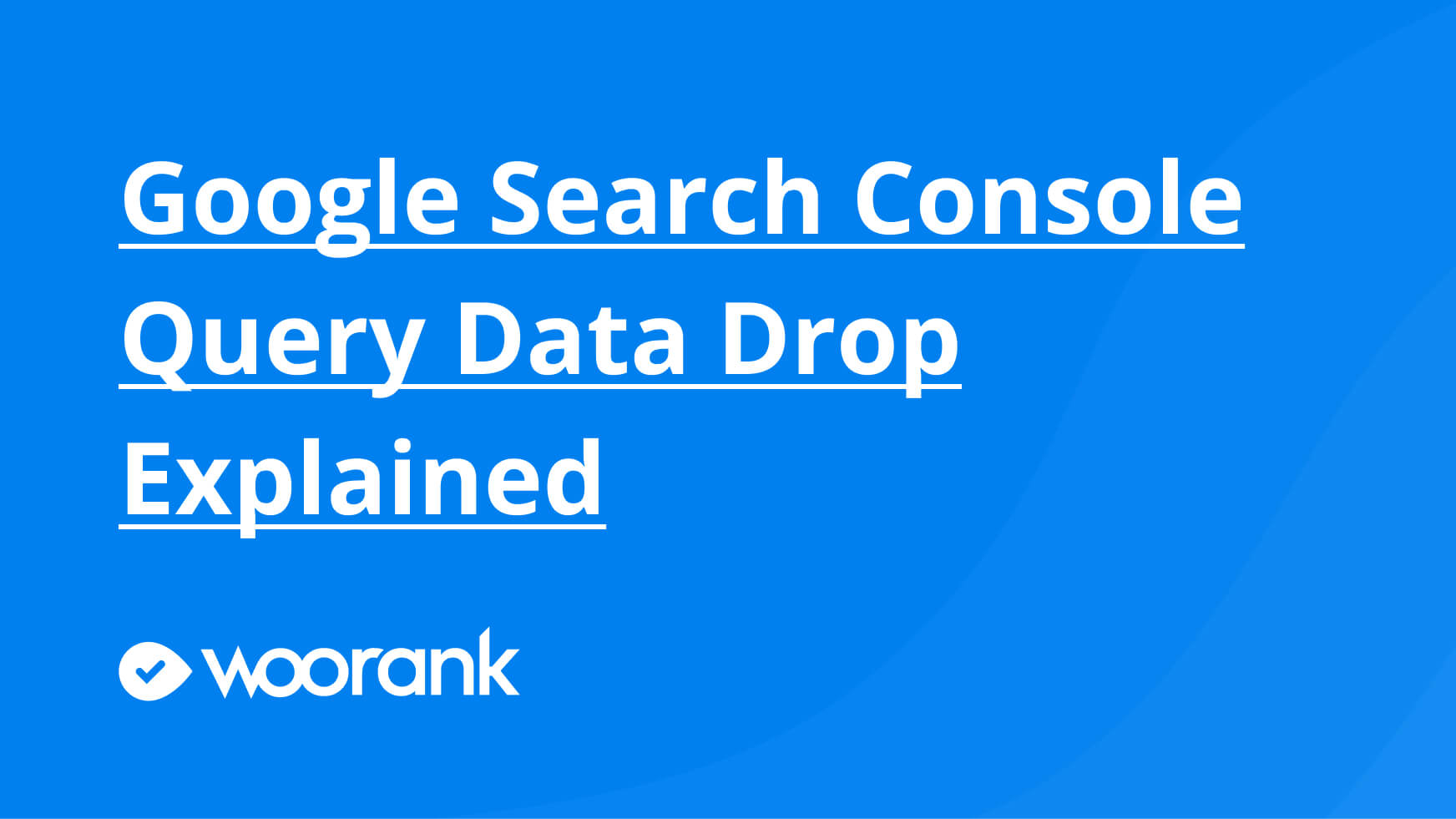 Those who spend a lot of time (or really any time) in Google Search Console's Performance reporting probably noticed a big, scary drop in impressions, clicks and CTR starting on August 19. This big drop appears when users filter data to exclude queries.

Thankfully, this is just the result of Google changing the way they track and report data in Search Console.

What is Going on?

It turns out that when Google shows tracks queries in Google Search Console, it doesn't necessarily show all of the queries that resulted in impressions or clicks for a page. According to their Search Console Help, they don't track queries that contain sensitive information:

To protect user privacy, Search Analytics doesn't show all data. For example, we might not track some queries that are made a very small number of times or those that contain personal or sensitive information.

These queries are known as "anonymous queries".

According to Googler John Mueller, the text for these queries aren't sent to Search Console, but the data for them is:

They've always been filtered. In the past, we added the number of the "unknown" (filtered / anonymized queries) to the "known" (queries known not to match the text). You can get similar by taking "total" minus "matching", but IMO that's a bad workaround, it's not more accurate.

On August 19, Google stopped showing the data for anonymous queries in the totals for filtered graphs. The reasoning behind this actually makes good sense: since they don't know what text is in the query, they don't know if it should be excluded or not. So the data wasn't necessarily accurate.

So for those who saw big, sudden drops in impressions and clicks, fear not! Your overall rankings and traffic haven't been affected. The only thing that's different is the way Google is filtering the data they show you.

So while it's annoying to have to go through, you haven't been hit with a penalty or another algorithm update.

How is the SEO Industry Responding?

Well, the issue was so confusing that Google had to take the steps of explaining what's going on via the Google Webmasters Twitter account.

The response has been"¦ mixed to say the least:

and ruined my day

What are your thoughts on the change in Google Search Console? Have you experienced any issues with your data reporting? Let us know in the comments!

What's your website's SEO score? Start your review to discover how WooRank can boost your online presence and help fix your website issues.
Thank you! Your submission has been received!
Oops! Something went wrong while submitting the form.

Measuring Success: How to Use GA4 for Your Marketing Strategy

Marketers measure their efforts every day but are they measuring properly? Learn here about building the right measurement framework to ensure engagement.
Read more

AI and the Google Update: How Using Generated Content Affects Your Ranking

There are many pros and cons to using artificially generated content on your website, but how does that content affect your ranking? Learn more here.
Read more

Understanding GA4: The What, How, and Why Marketers Need to Know

Digital marketers need to know the impact GA4 has on their campaigns and how to reevaluate their own efforts to gain better insight along with better data.
Read more