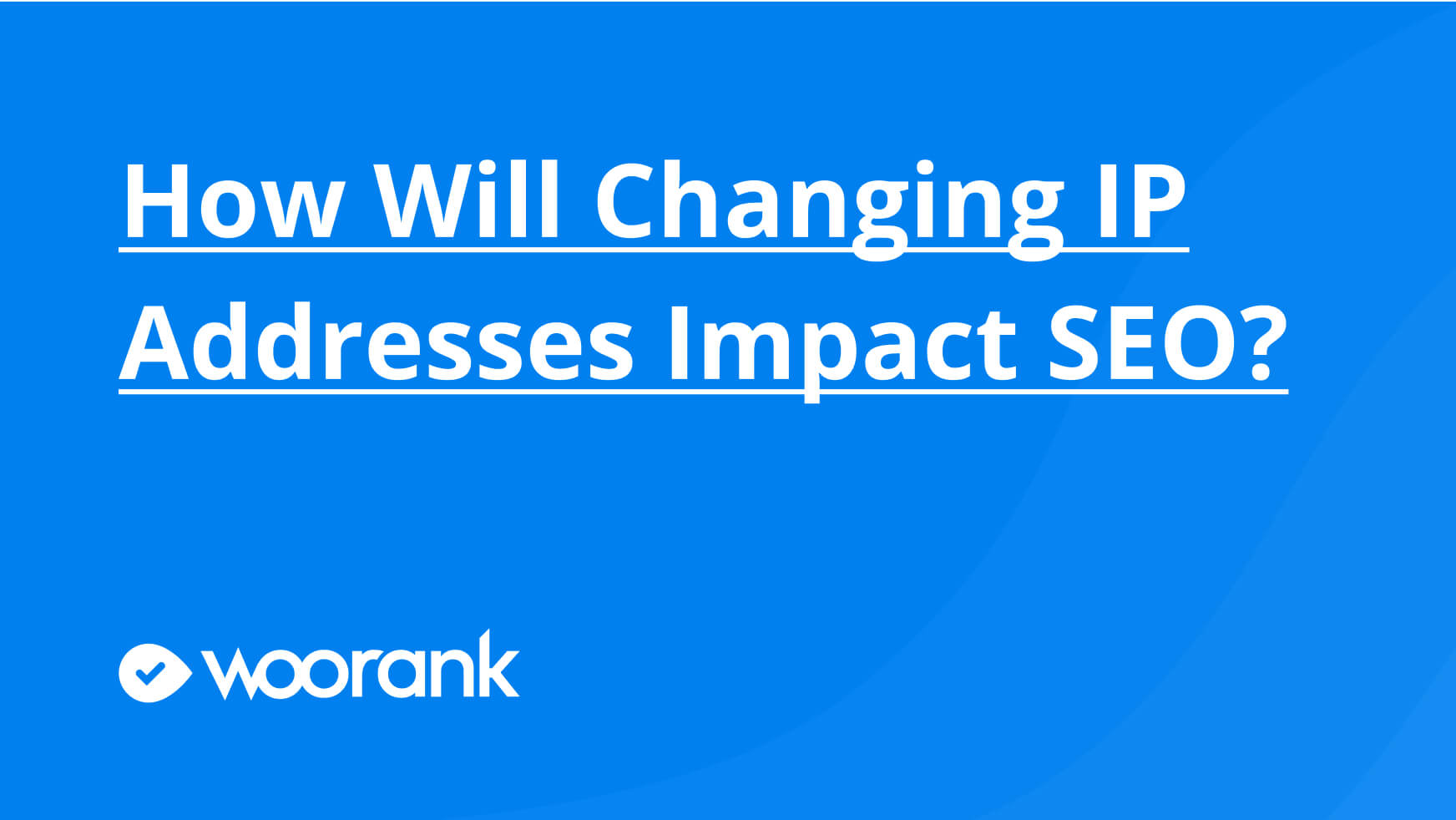 Never has something so simple as a string of numbers inflicted as much fear and confusion as IP addresses. Add SEO complications into the mix and you've got some very frustrated webmasters.

IP addresses are a little complicated "“ they're hardworking things after all. But there's no need to fear them. In this blog post, we'll explain what IP addresses are and what you can expect if you decide to change yours. Spoiler alert: it's a lot simpler than you'd think!

Firstly, What Is an IP Address?

Every machine connected to the internet "“ including your personal computers and the machines that store website data (servers) "“ has a unique IP address. An IP (Internet Protocol) address is a string of numbers that acts as an identifier for all devices. It's essentially a code that allows all machines (regardless of location) to 'talk' to each other via the internet.

An IP address consists of four numbers (of one to three digits), separated by a single dot. Each of the numbers can range from 0 to 255, so an IP address might look like this:

IP addresses are the single most important thing in technology today. Without them, we simply would not be able to use the internet. IPAddress explains further:

"This innocuous-looking group of four numbers is the key that empowers you and me to send and retrieve data over our internet connections, ensuring that our messages, as well as our requests for data, will reach their correct internet destinations. Without this numeric protocol, sending and receiving data over the World Wide Web would be impossible."

Websites also have IP addresses, assigned by the server on which they are stored. If you move your website to a new server (also known as a hosting service) the IP address of your site will change. This puts many people off making the move because they fear that such a drastic change will have a huge impact on their website's SEO. All that hard work optimizing their website undone in one fell swoop.

But are these concerns legitimate or is this another myth borne from Google's notorious secrecy? Well, you'll be pleased to hear that for the most part there's little to worry about. According to our research, the SEO impact of changing IP addresses is minimal.

LeadQual, a US-dbased marketing agency, recently moved their website to a new hosting service. They were interested in the impact of such a move on SEO and so carefully monitored their rankings for six weeks after the deed was done. They noticed no decline in their rankings during that period. In fact, LeadQual claim their rankings actually improved ever so slightly.

Many other word-of-mouth reports suggest similar stories. Rankings were either unaffected or slightly improved by moving to a faster server.

Of course, as with most things there are a few possible exceptions, such as geolocation and server 'quality'. The location of the new server is especially important "“ if, for example, you are targeting an American audience, it is advisable to use an American server. As for the quality of a server, if it is especially slow or you move to a blacklisted neighborhood, you may notice a drop in your rankings.

How to Change IP Addresses Seamlessly

SEO may not be an issue, but there are other things that can go wrong when you change IP addresses. It's a highly technical process which involves transferring all of your website files from one place to another. It's a bit like moving important physical documents from an office in London to offices in New York. Documents could be lost in transit or filed wrongly when they arrive in the new location, causing confusion and chaos.

Google's very own Matt Cutts (an expert on all things SEO) provides a solid, easy to follow guide for moving to a new webhost. The best thing about Cutts' method is that he has tried and tested it on his own website, so it's based on practice rather than theory. By following Matt Cutts' five step method you can move to a new IP address without having problems in Google or suffering any downtime. This means if you need to change your hosting service for any reason, you can do so without fear of losing business.

What's your website's SEO score? Start your review to discover how WooRank can boost your online presence and help fix your website issues.
Thank you! Your submission has been received!
Oops! Something went wrong while submitting the form.

Learn how to rank for keywords that someone would type into a search engine if they are in the final stages of researching a product before buying.
Read more

With an explosion of data produced by these tools, decision-making becomes much more complex with the data sitting in different places.
Read more

Why an SEO Audit is Important